Today is the 32nd year anniversary of the release of Sammy Hagar‘s solo album VOA. The Red Rocker commented on his website on his album (which was his last prior to joining Van Halen in '86) including the “uniforms” that he and the rest of his band wore during the “I Can’t Drive 55” video:

“VOA, wow 32 years. I can’t believe how belligerent I was at this time about Russia pulling out of the 1984 Olympics — that’s what the statement was all about, the voice of America! I actually watched the video for VOA a few days ago and laughed my ass off. First off, Sammy acting (ha ha) strike one. Then, the amount of money that was spent was incredible…. no one could get away with that today! The video cost nearly $400,000 and came out of my share of the royalties like every other artist in those days, ouch!!!

There are some hidden treasures on this record, “Dick In The Dirt” is one of my best tongue-in-cheek double meaning songs. “Rock Is In My Blood”.. I love the way this song sounds very bluesy. Then there was “Burnin’ Down The City”, which was way ahead of its time, it was about the Rap movement that was starting to come, the street artists, the graffiti, I hadn’t seen it anywhere yet, but it was on a PBS special and it had a profound effect on me. I saw it coming and it sure did… still not a big fan of graffiti. “Two Sides of Love” was the first Single and video to be released, I love that song though it was not a hit, still like it today… But, it failed, so guess what? We released “I Can’t Drive 55” HELLO!!!!

The album immediately shot up the charts — it went gold, then platinum. The video was a huge hit on MTV and still my biggest solo hit today. Obviously the song still gets a lot of commercial attention from TV with car racing, etc. Funny, I still have that car, it was featured on the new season of “Jay Leno‘s Garage” coming soon! That 512 Boxer still might be my favorite. Lastly, the uniforms… oh boy, I was trying to be different from all the other hairbands wearing the spandex and the glitter in the glam, this was my new age rock ‘n’ roll take on the old 50s doo-wop’s where they dress the same. I still get a laugh every time I see us in those uniforms.. check the sour look on Bill “the electric church” his face he hated that uniform so much, actually so did I hahaha.

My biggest solo album to date. VOA crank it up for 32 years!” 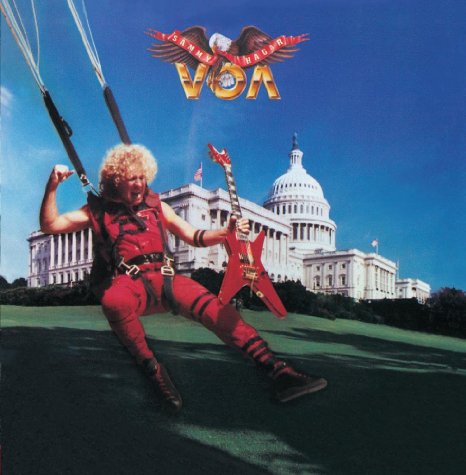 This site is for anybody
who grew up in the 80's
or misses the 80's Lifestyle, Music
and Concerts.

I also post
Internet up-dates,
Cool videos,
Near-death experiences,
And things that interest
Me on the web...
And hopefully you too : )

I started tannrr.com
on 4/26/09
after a successful Blog on
myspace.com/tannrr
and a weekly rock up-date on
The Dwyer & Michaels Morning Show
on 97X WXLP FM.


At the bottom of this page
Is a gray bookmark...
Click on "Older Posts" to see More of my Blogs...
And experience more
Of what I've Learned
That Rocks.

The General from
"Tanked" on Animal Plant TV